"There is such a need out there, and you just never know where these things will take off. We hope this helps a lot of kids someday."- Gene Cody"

Gene Cody was raised by his grandparents in southern Wisconsin. He didn't participate in youth activities or sports because he was working on the family farm. He met Jacolyn while they were both working in the dairy industry. Gene had three children, Amy, Chrissy and Ryan, and after the couple married, they had two boys of their own-Tyler and Kyle.

In the mid 1990s, the Codys recall the distinct feeling of being blessed beyond measure. They had a lake home in a community they loved, and business was flourishing. Then tragedy struck. A vehicular accident took Tyler's life at age 4, and injured Kyle, 3, on an outing with the babysitter. The sweet little "farm boy" who loved John Deere tractors was gone, and their youngest child was left to recover from a trauma most adults would struggle to endure. Miraculously, Kyle's injuries healed, and the Codys found a way to back to joy while living with deep loss.

Kyle was a three-sport athlete during his youth, made it to the major leagues, and has been with the Texas Rangers since 2016. Now 27, he dedicates each game to his brother. Knowing such moments are extraordinary and fleeting, Gene and Jacolyn follow Kyle's journey, game after game, across the country. Looking back at their own journey, they couldn't imagine they'd be where they are now.

"We're fortunate that our kids are living happy, productive lives, and we can give back," said Gene.

The Cody Family Endowed Fund has already taken flight. The Stanley Correctional Institute directed funds from a recent event to the goal of advancing positive mental health in the community, and beyond. 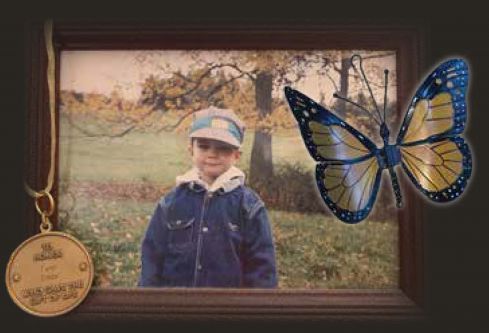 For the Codys, the butterfly is a symbol of Tyler's enduring presence in their lives. 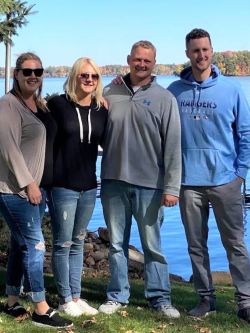