"Edith's daughter, Robin Arnhold, passed away in 2019 and left part of her estate to establish the Edith B. Arnhold Memorial Scholarship Fund, in memory of her mother, to help Cornell students continue their education."

Edith B. Arnhold was the head librarian for nineteen years in the Cornell School District from 1962-1981 and then retired. Education was extremely important to Edith.

Edith was born July 1, 1916 in LaCrescent, Minnesota. Soon after her birth, her family moved to St. Louis, Missouri and later to Kansas City, Missouri where she attended Westport High School.

Edith continued her education after high school and graduated from the University of Missouri, Kansas City to receive a Bachelors of Arts Degree in History and Political Science in 1942. After moving to Wisconsin, she attended the University of Wisconsin-Madison and Eau Claire, to complete her teaching degrees by 1967. Edith also taught several classes in Library Science as a guest instructor at UW-Eau Claire.

After the Cornell School District received notification of this very generous gift, Dr. Paul Schley, Cornell School District Superintendent, approached the Community Foundation on how to invest these funds they received. "I wanted to be sure that the funds would be managed well, invested appropriately and overseen consistently so they would be available for many years to come for Cornell High School graduates," Schley stated.

The Edith B. Arnhold  Memorial Scholarship was established in December of 2020 and will award scholarships of $1,000 or more annually to as many graduates as possible on the basis of academic achievement and financial need to Cornell High School seniors pursuing post-secondary education. 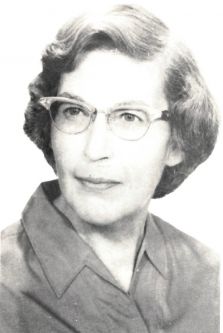