Nancy B. Knitter- Music is My Life Fund

"“Anyone who attended a performance that was directed by Nancy Knitter knew that they were in for a quality show, ” Edith France"

Vikki Jenson remembers Nancy Knitter's music classes clearly 46 years after graduating from Cadott High School. "She was the kind of teacher you never forget," Vikki said. "She instilled such a love of music, and music is a very important part of life."

Nancy expected students to work hard, be committed to the choir and respect her and other participants, recalled Edith France. "She was kind of like another mother while we were in school."

Nancy taught and directed musicals at schools for more than 30 years. She was involved with music and theater venues in surrounding communities, directed the English Lutheran Church of Bateman choir and helped restore the Bohemian Hall in Cadott and Heyde Center for the Arts in Chippewa Falls.
Of note, she served as director of the Cadott Community Theatre. Several former students, including Vikki and Edith, and other community members shared their love of music in CCT during its nearly 30 year run.

Scholarship recipient Casey Yeager participated in CCT for years. Casey said the CCT provided support as she pursued a degree in elementary education and built her self-confidence through her involvement. "The Cadott Community Theatre has given me so many memorable experiences starting in my childhood days when I was a 'helper' behind the scenes of the early shows like 'Oklahoma!' … and through my teenage years of performing on stage, specifically being fortunate enough to land my dream role of Liesl in 'The Sound of Music.' Being involved in the CCT was something I looked forward to year after year," Casey wrote in an email.

"As a past recipient of the Nancy Knitter Scholarship, I can say how appreciative I am to have had the support and financial assistance from the CCT in pursuing my higher education goals," she added.
After Nancy's passing in 2009, the curtain closed on performances. The CCT board of directors established the Nancy B. Knitter - Music is My Life Fund with the Community Foundation of Chippewa County in 2020 to continue the scholarship.

Part of the endowment fund will support the Foundation's Community Needs Grant funding in the areas of music, art and theater.

Presenting musical, theatrical and artistic opportunities was important to Nancy, said her daughter, Regan Caruncho. "She wanted people to be exposed to culture." 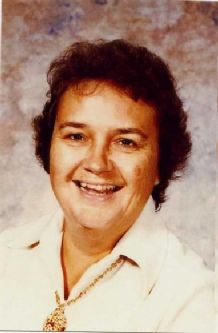 Grants support scholarships for the Nancy Knitter Scholarship through the Cadott School District and unrestricted grant making in Chippewa County in the areas of music, art, and theater.